The World’s Only Bike Ferry?

Over the coming year, our CEO and Co-Founder Bryan Pate will be out in the field as our Chief Exploration Officer, looking for inspiring customer stories, new product ideas, and new local dealers and service centers to add to our network. We’re excited to invite you along for the ride as Bryan shares stories, photos, and videos from life on the GO.

Some people love the cheese, others love the maple syrup, and still others come for the ice cream, but the best thing I’ve experienced so far in Vermont is the bike ferry. That’s right, better than Cabot cheddar, Cherry Garcia, and Heady Topper combined, the bike ferry is exactly what you’d guess – a ferry that only hauls bikes and their riders across the water that separates two bike paths. The Burlington bike ferry is what enables cyclists to ride from Burlington to Grand Isle across Lake Champlain and it’s super cool.

Obviously, no one designs a bike trail to require a short ferry ride, so here’s the backstory as I understand it. Decades ago there was a railway that hauled marble to/from Grand Isle and beyond. To get to Grand Isle, the railroad company built a 3-4 mile causeway that cut across Lake Champlain. To avoid interrupting boat traffic, the railroad company left a 200-foot “cut” in the causeway and built a swing-bridge in the middle that could rotate to allow boats to pass from one side of the causeway to the other. When the railroad was abandoned, they took out the swing bridge. Many years later, Burlington converted the abandoned railway line into a bike path. The path now starts about a mile south of the waterfront near downtown Burlington and finishes on Grand Isle, about 12 miles away. It is staffed with three volunteers for 10 hours per day, 100 days per year. Private donations raise about $200,000 per year to fund the effort and the result is the shortest and most fantastic ferry ride I’ve ever experienced.

I would not be surprised if the Bike Ferry is the only bike-specific ferry in the world. Regardless, the Burlington bike path ride from downtown to Grand Isle is the absolute best way to see Lake Champlain. If you are ever in the area, I highly recommend bringing your ElliptiGO bike and experiencing this ride. I am certain the ferry captain and first mate will be glad to see you. 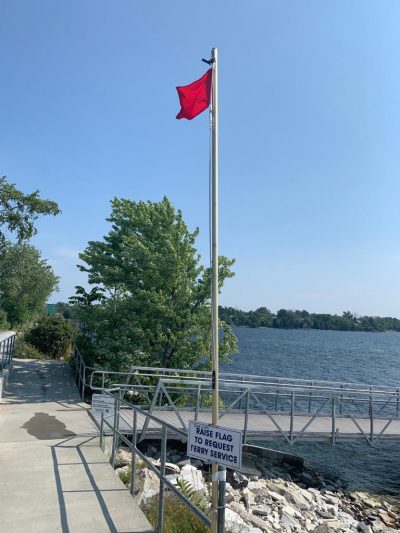 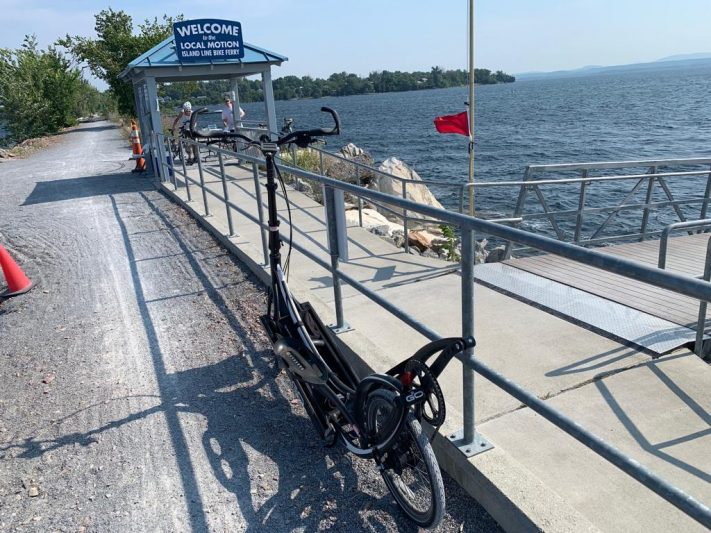